Like most activities, watching movies is best done with friends. Below is a list of the top 10 stoner movies to watch with friends. We have reviewed and tested these thoroughly with our fans and know that you will enjoy them as much as we did. Along with the each of these 10 stoner movies we have included a few links to rent, stream, and buy them for super cheap so that you can spend your money on bud and not overpriced movies. Enjoy and make sure to drop us a comment below.

The story revolves around a dying father and his son, who is trying to learn more about his dad by piecing together the stories he has gathered over the years. The son winds up re-creating his father’s elusive life in a series of legends and myths inspired by the few facts he knows. The son begins to understand his father’s great feats and his great failings. With absurdly outlandish stories the already astonishing film becomes a mind blowing adventure when stoned. Make sure to prepare tissues and munchies before you smoke your bud. Enjoy!

Over 1000 feet below the ocean, navy divers discover an object half-a-mile long. A team of scientists are deployed to the site. The object is an alien spaceship that has been there for hundreds of years, but something is still running. What they find inside boggles the mind as they discover a perfect metal sphere. What is the secret behind the sphere? Will they survive the mysterious ‘manifestations’? Who or what is creating these? They may never live to find out. If you have some sexy (and scared) stoner friends this would be the obvious first choice.

Three high school seniors attempt to finally make a name for themselves. Their idea is innocent enough – let’s throw a party that no one will forget, and have a camera there, to document history in the making. But nothing could prepare them for this party. Word spreads quickly as dreams are ruined, records are blemished and legends are born. This movie chronicles the type of party that would happen if everything in a teenager’s mind came true in a single night. Based on a true story this stoner movie might make you want to plan a party.

Chihiro and her parents are moving to a small Japanese town and detour through a tunnel to find an abandoned cultural theme park. While her parents eat dinner she runs off only to return discovering that her parents have turned into pigs. Further, the place is a bathhouse of spirits, monsters, gods and ghosts owned by the witch Yubaba. Now Chihiro counts on Haku to save her parents and return to their world. This animated classic has all the components to be the perfect stoner movie, just make sure you don’t have bacon nearby.

In Canada, a writer visits the Indian storyteller Pi Patel and asks him to tell his life story. Pi tells the story of his childhood in Pondicherry, India, and the origin of his nickname. Owners of a local zoo, Pi’s father leave India with a ship full of animals and dreams of a new life. With the boat shipwrecked Pi finds himself the only survivor in a life-raft with an adult bengal tiger. With a bit of smoke, this award winning movie is perfect for stoners looking to have their minds blown. Stay tuned for the surprise twist at the end and you might want to pack another bowl.

A family. Rose and Norah, lost their mother when they were young. Rose is responsible – a housecleaner, raising her seven-year-old son Oscar. She’s also having an affair with a married police officer, her high-school sweetheart. Norah can’t hold a job. When Oscar is expelled for odd behavior, Rose wants to earn enough to send him to private school. Mac suggests she clean up after crime scenes, suicides, and deaths that go undiscovered for awhile. Rose enlists Norah, and Sunshine Cleaners is born. Get stoned and enjoy the movie with friends!

The Curious Case of Benjamin Button (2008)

On the day that Hurricane Katrina hits New Orleans, Daisy is on her deathbed in a New Orleans hospital. At her side is her adult daughter, Caroline. Daisy asks Caroline to read to her diary of Daisy’s friend, Benjamin Button. Benjamin’s diary recounts his entire extraordinary life, the primary unusual aspect of which was his aging backwards, being diagnosed with several aging diseases at birth and thus given little chance of survival, but who does survive and gets younger with time. As a stoner movie this one heck of an amazing trip. to take with friends.

Benjamin Franklin Gates descends from a family of treasure-seekers who’ve all hunted for the same thing: a war chest hidden by the Founding Fathers after the Revolutionary War. Ben’s close to discovering its whereabouts, as is his competition, but the FBI is also hip to the hunt. This stoner movie is filled with somewhat believable conspiracy theories that have been hidden in plain sight for hundreds of years. Watch it with friends and you might feel the need to go looking for tunnels and hidden treasures.

A gun-for-hire “Hitman” is a genetically-engineered, elite assassin known only as Agent 47 hired by a group known only as ‘The Organization’ is ensnared in a political conspiracy, which finds him pursued by both Interpol and the Russian military as he treks across Eastern Europe. But even 47 couldn’t anticipate a “random equation” in his life exactitude: the unexpected stirrings of his conscience and the unfamiliar emotions aroused in him by a mysterious Russian woman. Put simply, this is one badass stoner movie. One of our favorite 10 stoner movies.

Do we control our destiny, or do unseen forces manipulate us? A man glimpses the future fate has planned for him and realizes he wants something else. To get it, he must pursue across, under and through the streets of modern-day New York the only woman he’s ever loved. On the brink of winning a seat in the U.S. Senate, an ambitious politician David meets beautiful contemporary ballet dancer Elise. But just as he realizes he’s falling for her, mysterious men conspire to keep the two apart. Make sure none of your friends are wearing a hat… you’ll thank us later.

In 1935 in Foshan, south China, there are martial arts schools on every street corner. Ip Man is the undisputed martial arts champion, yet he has not devoted himself to teaching. Despite this, it seems that all the kung fu masters of the city are eager to fight him to improve their reputation. Kung Fu is always a great choice for stoner movies and no top 10 list is complete without one. Remember to secure your bongs before practicing any kung fu.

Did You Enjoy These 10 Stoner Movies?

We hope you enjoyed these 10 stoner movies. Let us know what you and your friends thought of the experience. Make sure to drop us a comment below and take a look at our other lists. We’re always up for a smoke with a great movie to watch. 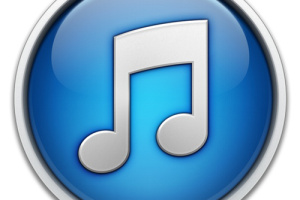